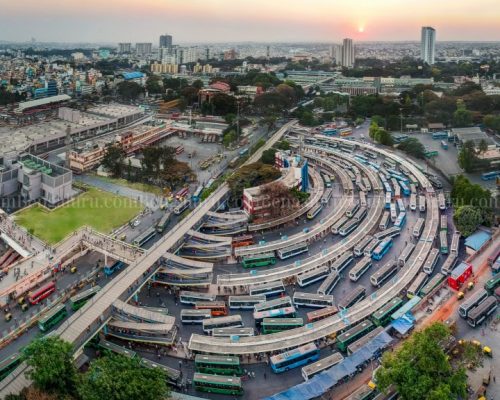 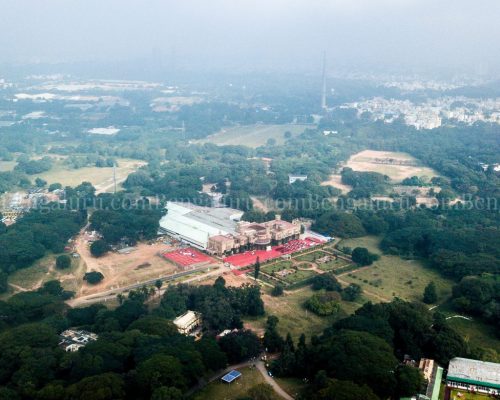 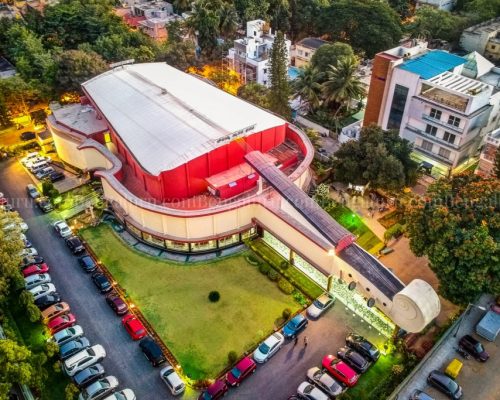 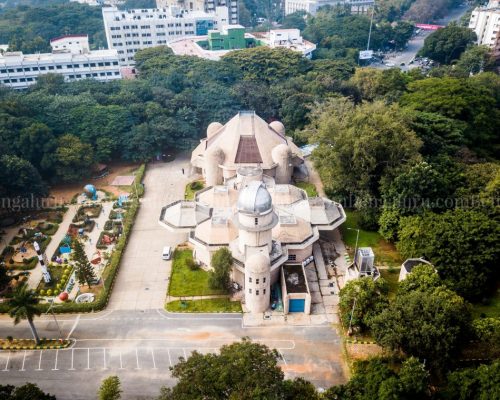 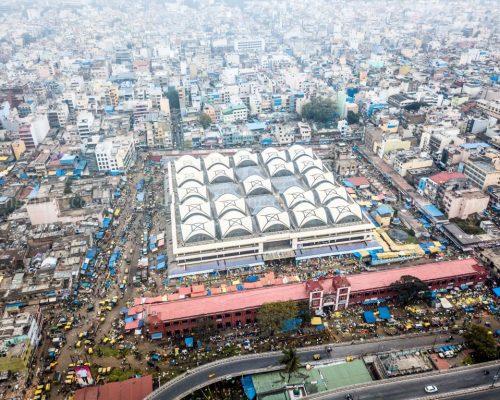 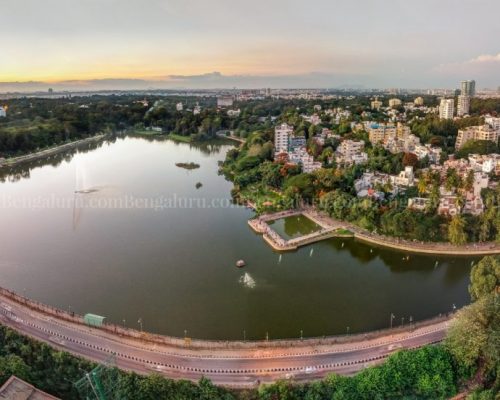 Here is a completely new perspective on Bengaluru featuring some famous and familiar landmarks in a way you have never seen before.

Chowdiah Memorial Hall was built in 1980 in honour of great violinist T. Chowdiah. The hall which hosts plays, concerts and other events has a unique design in the shape of a violin. Unfortunately, the shape is not clearly visible even from the elevated Sankey Road. This picture taken from above is one of the first to showcase its innovative architecture.

The semi-circular Bengaluru Bus Stand at the heart of the busiest commuter hub in the city was built in the 1980s on a lake bed. Today, it serves commuters using buses, long distance trains and the newly built Namma Metro. Colloquially it is referred to as Majestic – after a movie theater that existed nearby for many years.

Jawaharlal  Nehru Planetarium was thrown open to public in 1989. Built in the heart of the city, it promotes science education and hosts shows on Solar System. It is one of the five planetariums named after India’s Prime Minister Jawaharlal Nehru.

Bengaluru Palace is our own version of Windsor Castle. Built around 1878 for Mysore Maharajah Chamarajendra Wodeyar, the palace has a floor area of nearly 50000 square feet in an area of over 450 acres.  The tudor style architecture with towers and turrets make this a must visit attraction. This is also one of the largest lung spaces in the heart of the city and cries out for preservation.

KR or Krishnarajendra Market was built in 1928 and named after Krishnarajendra Wadeyar one of the rulers of Mysore. It is one of the oldest areas of the city at the edge of the Pettah or Peté of Bengaluru. The aerial picture depicts the crowded by lanes surrounding it. It is quite amazing to think that Namma Metro actually travels below this crowded landscape, connecting this area to the rest of the city.

The view of Sankey Tank built by Sir Richard Sankey is one of the few remaining lakes in the city, resisting the slow and steady urban concrete creep. Spread over 37 acres, it was constructed to fulfill water supply needs of the city. Despite being a landmark of the city, it still gets embroiled in controversies regarding pollution of water and construction activities.

All images are copyright of respective owners and cannot be reproduced without permission.