A Plate of Nostalgia

Many people may not have heard of the dish called ‘Khaali’ (ಖಾಲಿ) Dosé. The literal translation of the word ‘Khaali’ is ‘Empty’, but we are not talking about a non-existent dish. It really is a dosé that is lightly cooked on one side without oil, ghee or potato filling. It is served flat with typically just chutney and not rolled up or folded like the more famous masala dosé. For those not familiar, the word ‘Dosé’ (pronounced as Do-say) is Kannada for dosa – the thin, spicy, crispy crêpe-like food made from fermented rice

Khaali Dosé is a unique Namma Bengaluru menu item that is available today only in a handful of restaurants – mostly in South Bengaluru. The nearest cousin of this would be the Set Dosé – which is a more commonly available in the ubiquitous darshinis that dot the city landscape.

Going back in time, perhaps Bengaluru had fewer restaurants  (or hotels as they are commonly called in local parlance) in number compared to today. There were some famous eating joints in each area with the main clusters around ‘KG Road’ and ‘MG Road’. KG Road is Kempe Gowda Road, named after the the founder of the city and MG Road is Mahatma Gandhi Road, named after the father of Independent India.

The ones to fall under the green dot category had either ‘Pure Vegetarian’  or ‘Brahmin’s Snack Place’ (ಬ್ರಾಹ್ಮಣರ ಫಲಹಾರ ಮಂದಿರ) on their sign boards.  ‘Military Hotels’ catered to the clients who preferred food of the red dot variety. There were also a sprinkling of ‘international’ cafes and restaurants that served pizzas, ice creams and burgers. Hidden in small cross roads were a number of places that went under the name of ‘Mess’, like Iyer’s Mess. These catered to the bachelors who typically lived in single rooms and did not cook.

Still, restaurant food was a rarity for many people and in many traditional homes it was barred outright.  As our city grew bigger and more cosmopolitan, eating out became more prevalent. The introduction of varied regional and global cuisines presented customers a lot of options they never had before. Many old restaurants closed, leaving a few that have survived the test (and taste) of time. This naturally evokes nostalgia and a longing for the past.

In 1688, Johannes Hofer, a Swiss author first used the term “nostalgia” in his medical dissertation. Initially it was thought to be a disease and several treatments were prescribed to cure it.

Over the years, nostalgia has played an important role in marketing to customers. There are countless advertisements of spices (masalas) and pickles that use the nostalgia of the grandmother or mother lovingly preparing them. A recent popular ad featuring Paper Boat is a compelling example of a successful campaign using emotional appeal.

Nostalgia has the power to mentally transport you to a different era which symbolizes purity, great taste and all round happiness. No wonder that this is a key driving factor in bringing the crowds to some of the legendary South Indian Vegetarian restaurants in Bengaluru. Many of them are in the crowded lanes of the ‘petés’ or in the traditional areas of Basavanagudi, Chamarajpet and Malleswaram.  Some prime examples of these are Udupi Sri Krishna Bhavan (USKB), Janatha Hotel,  Mavalli Tiffin Rooms (MTR), New Modern Hotel (NMH), Gundappa Hotel or Sri Rama Vilas Sweets, New Krishna Bhavan,  Vidyarthi Bhavan (VB), Mahalaxmi Tiffin Rooms (MLTR), Brahmin’s Coffee Bar (BCB), Hotel Dwaraka and Shri Sagar . Many people still call Shri Sagar by its old name Central Tiffin Rooms (CTR). Talk about clinging on to the past and here is a good example. 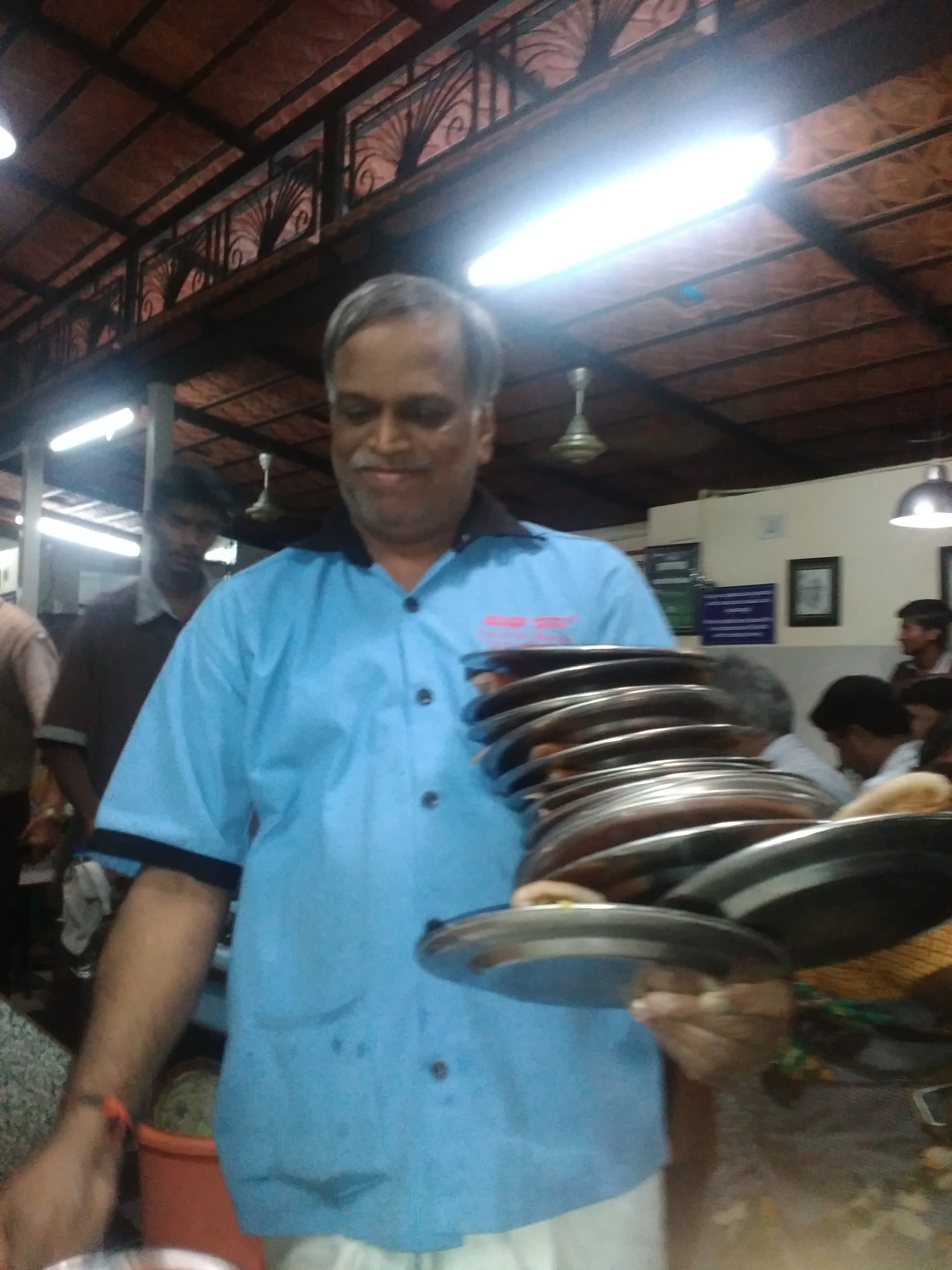 Leaning Tower of Dosé at VB 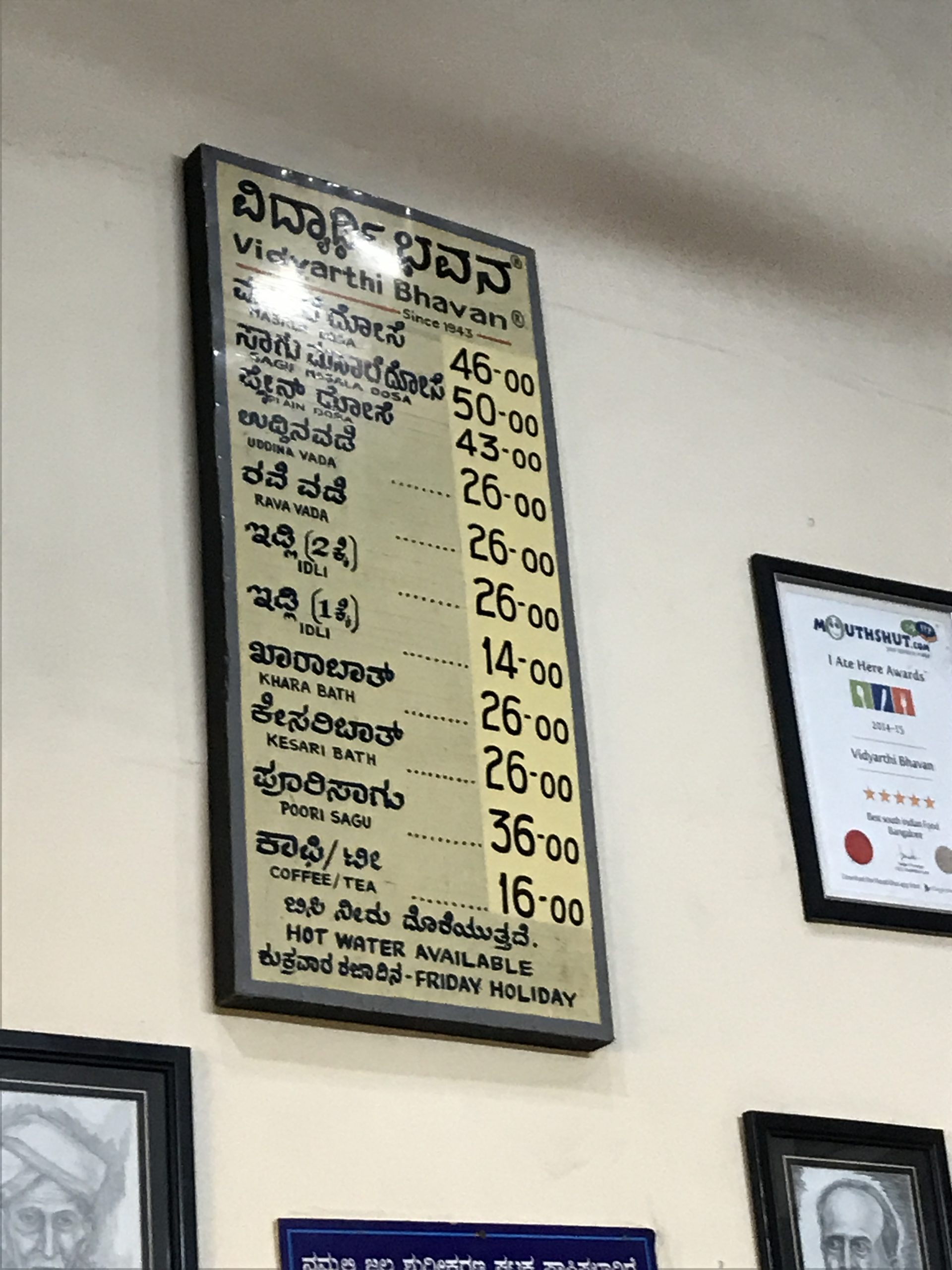 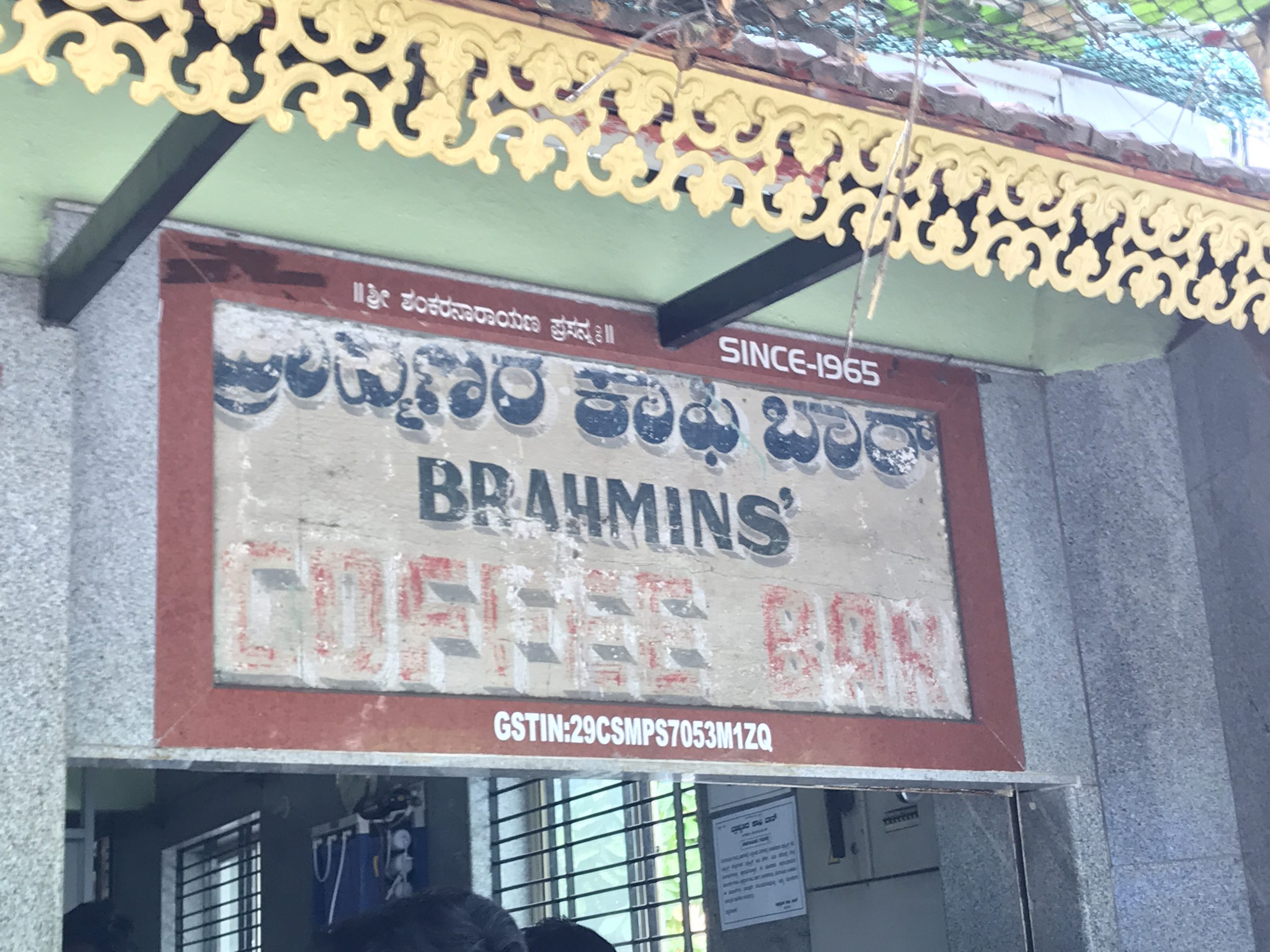 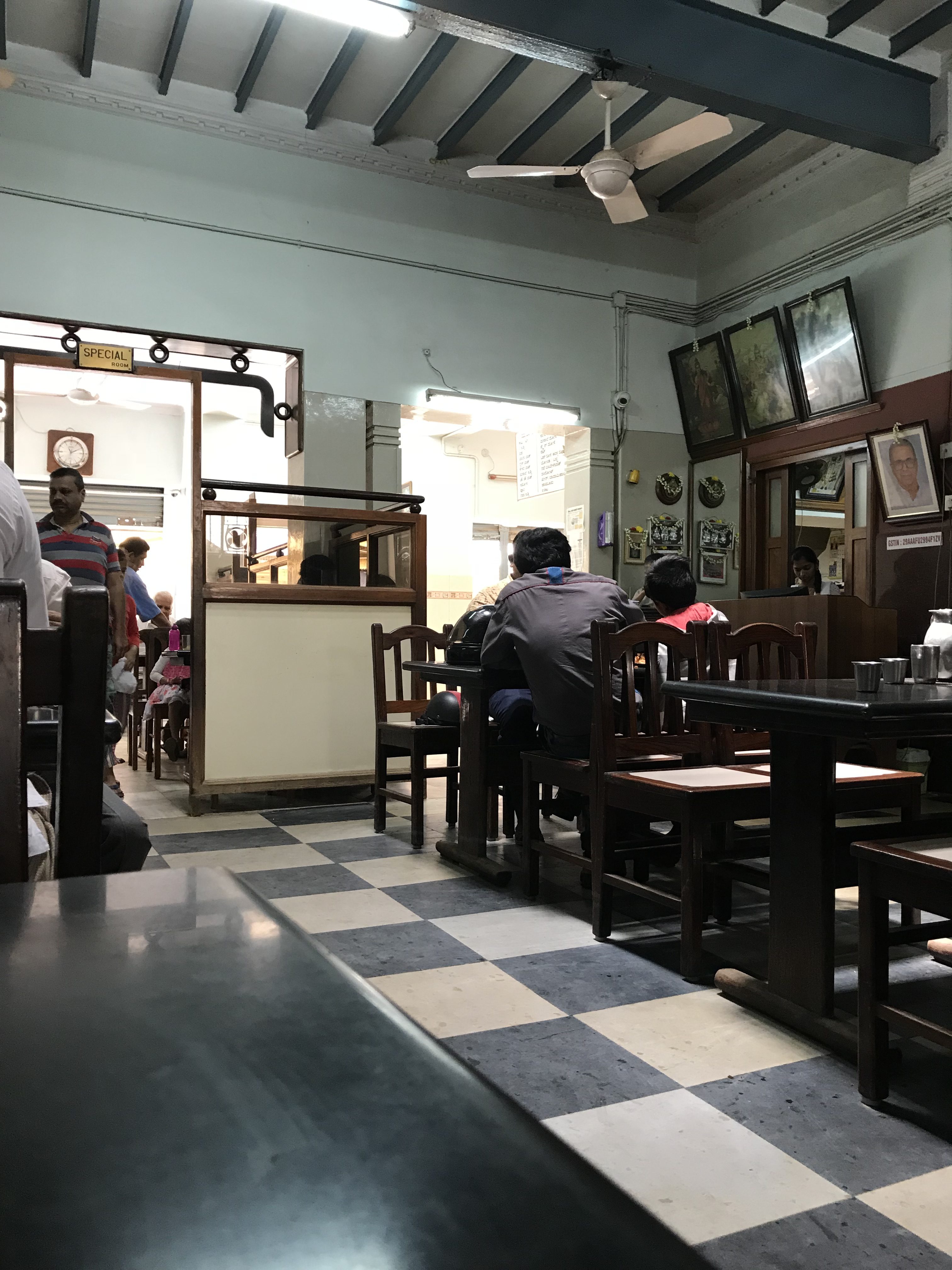 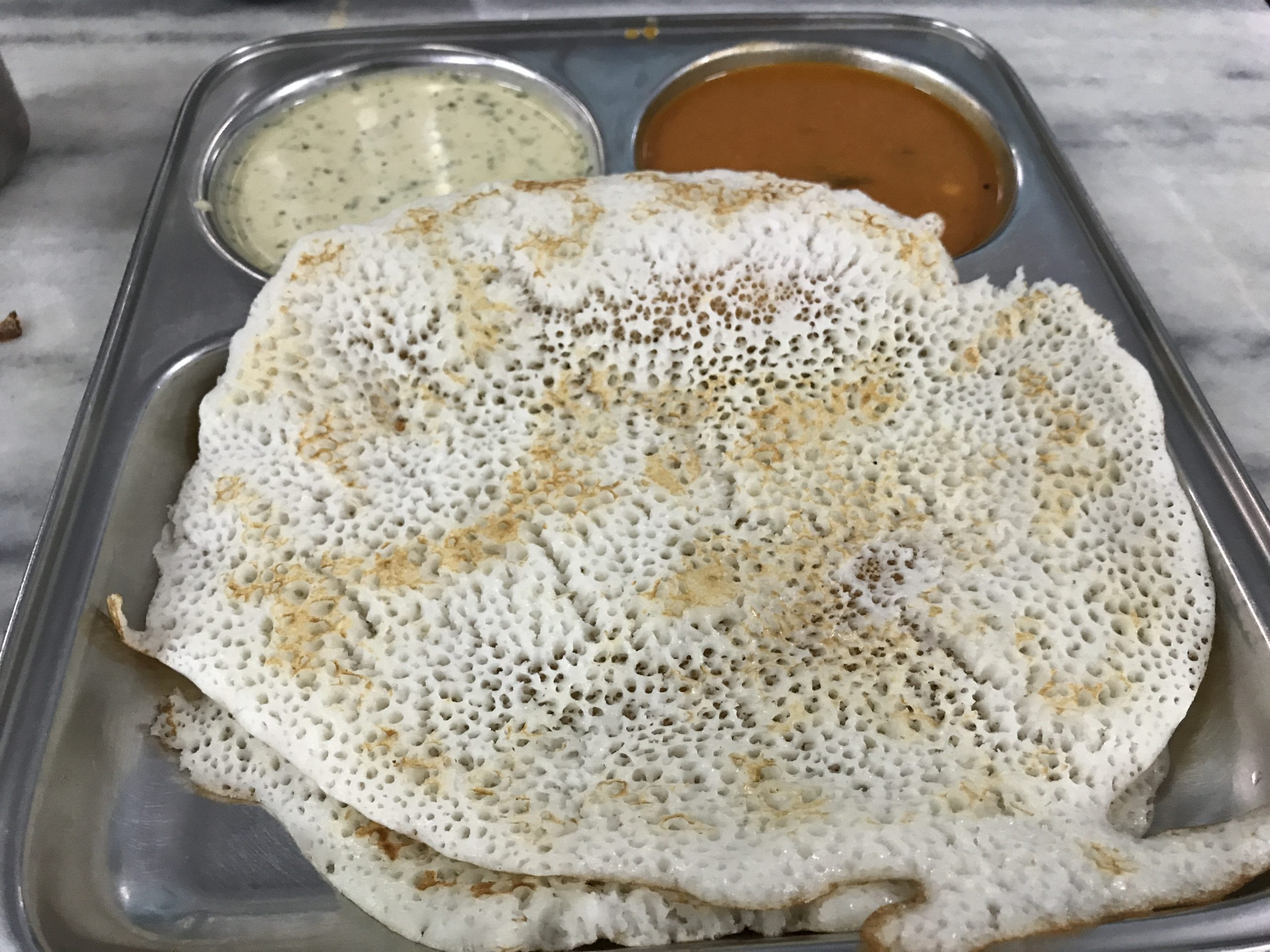 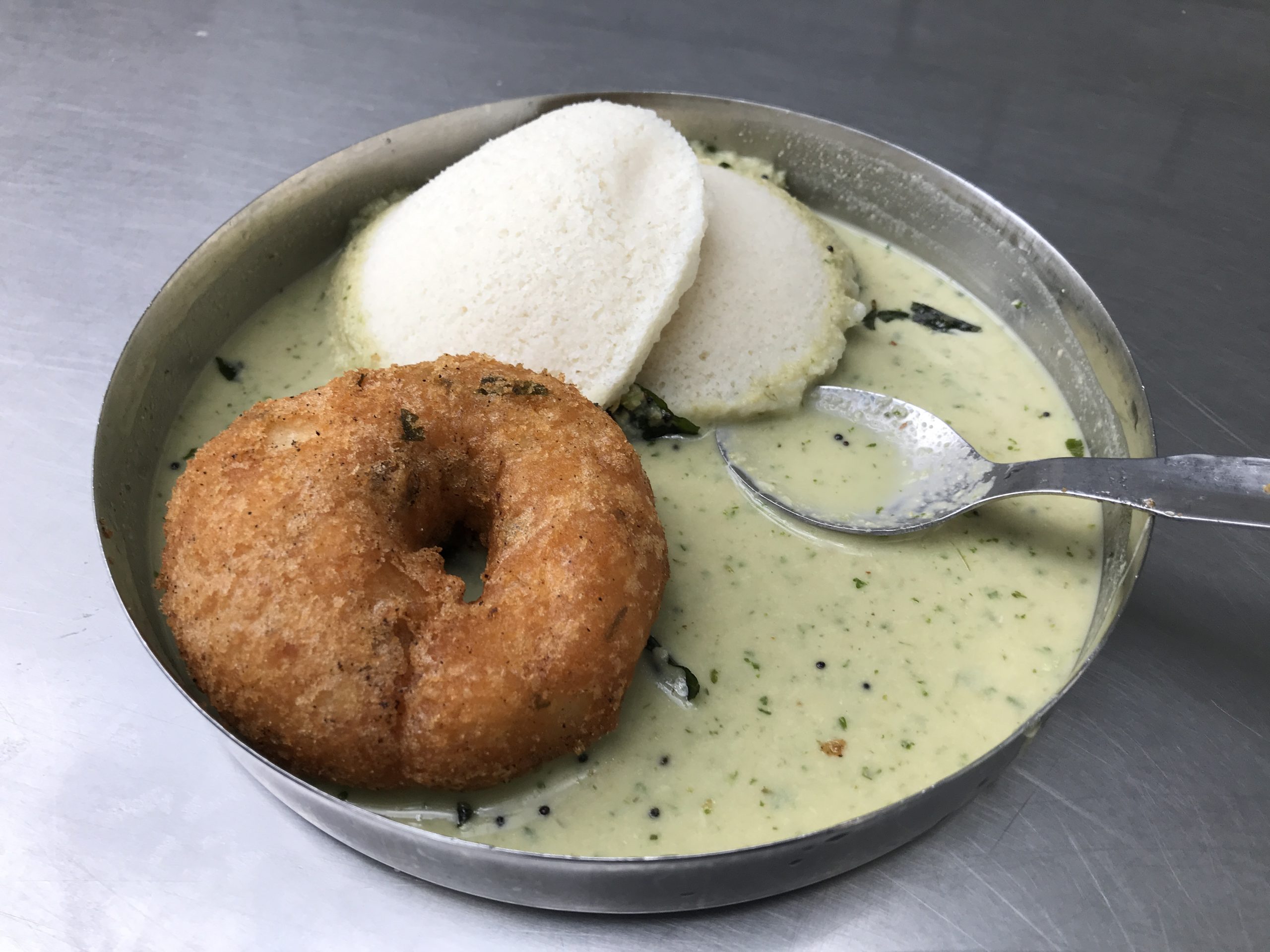 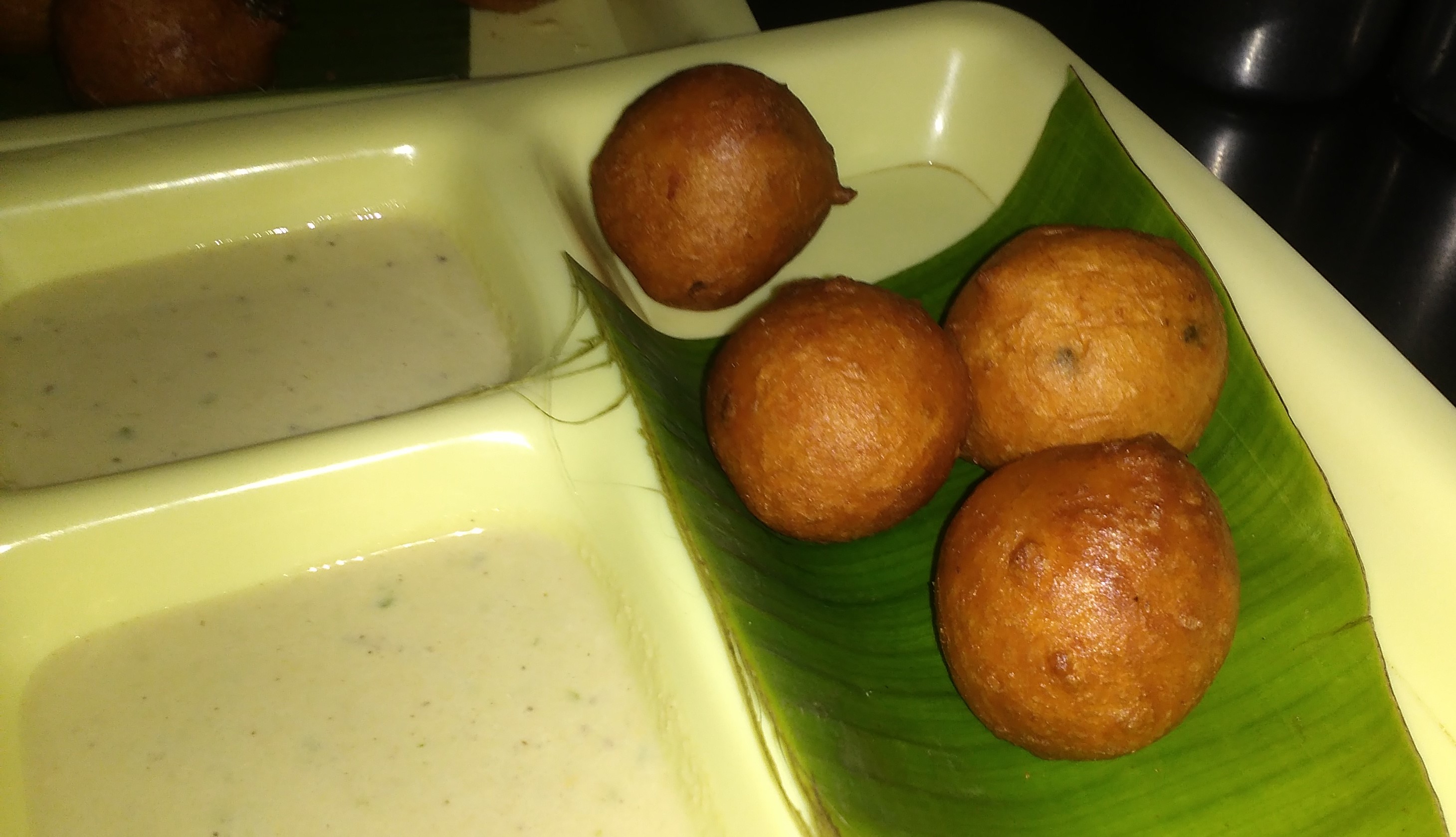 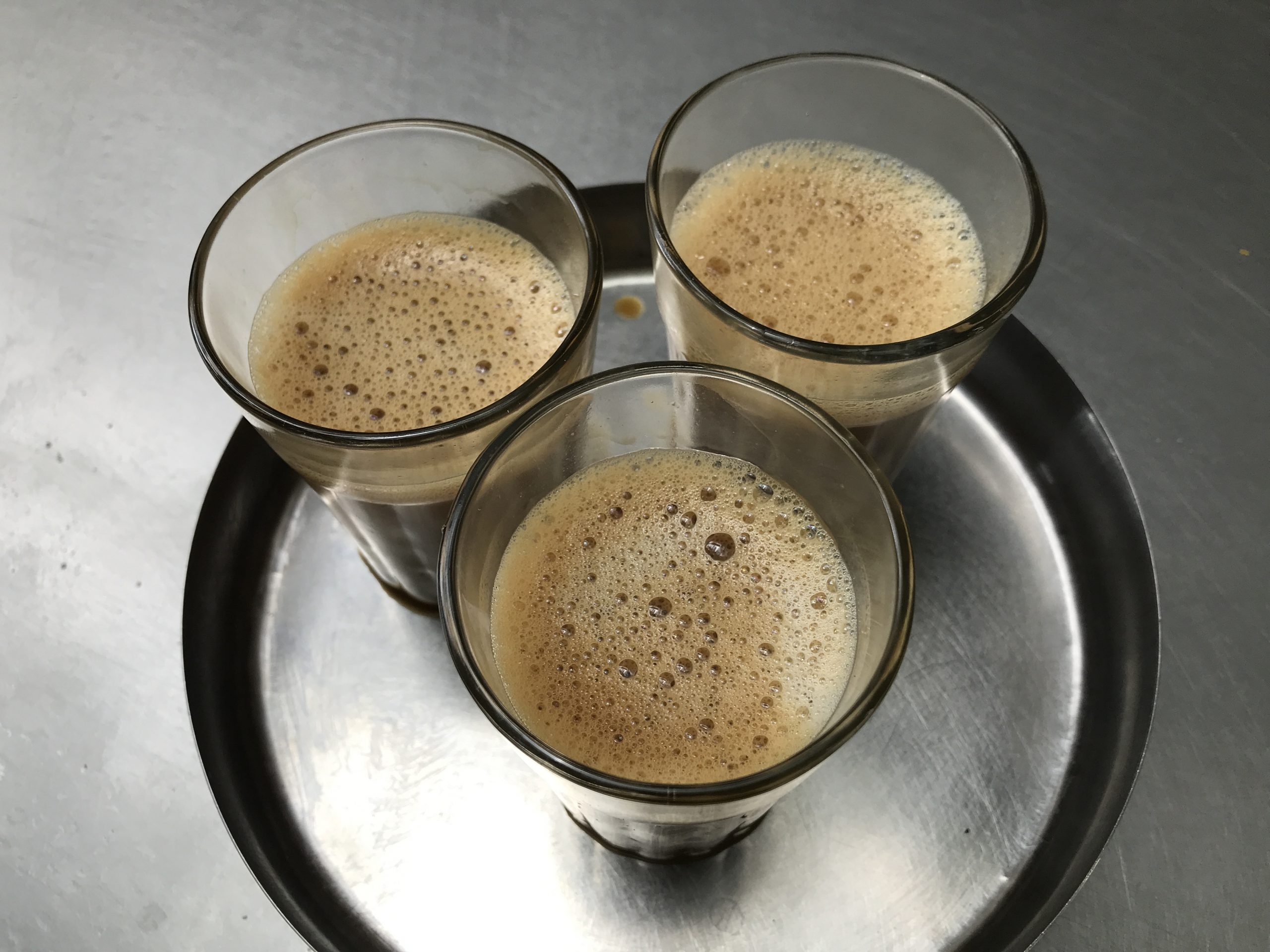 The contribution of nostalgia in food business – particularly restaurants – is common the world over and has been a subject of many studies. Begum Kizildemir of Istanbul Bilgi University presented “Exploring The Role of Nostalgia in The Restaurant Experience and It’s Reflections on Return Patronage” in 2016. The thesis looks at consumer behaviors, the nostalgic emotion, restaurant atmospherics like food, location and service in analysing how this plays a big role. In another paper “The Relative Importance of Food, Atmosphere, and Fairness of Wait: The Case of a Full-service Restaurant” written by Sulek and Hensley in 2004, food was considered as only one of the reasons for customer loyalty and atmosphere was also an equally important factor. The food’s connection with culture, traditions are also critical to its popularity.

When one thinks of any of the restaurants listed above, it is immediately obvious how nostalgia plays a key role in their continuing fame. If the dishes served in these restaurants were part of a menu in a different location and atmosphere, they would probably have very little chance of success. Yes, each restaurant has a signature dish that does excite the taste buds. But every one of them has also nurtured the connection with the past. When you walk in to any of these places, the physical location is as important as the food.

All these restaurants typically have a similar look and feel with the old style cash counter, photographs of founder(s), Gandhi, Nehru and other leaders on the wall.

Vidyarthi Bhavan is located in a building that is straight out of the early 1930s with clay tiled roof, wooden windows, tiled floor and whirling fans. Until recently, a customer would even get a square piece of an old newspaper to wipe greasy hands after eating the famed masala dosé. In the earlier years before the expansion, when the place was crowded, one could even sit in the kitchen and eat watching the dosé being flipped on the tava (griddle) and staff buzzing around preparing the ordered items!

Even after a recent expansion and ‘modernization’, Brahmin’s Coffee Bar has retained the sign board from 1965. The painted sign board instantly reminds you that you are about to experience fame that has lasted over five decades. Along with the famous soft idli, crisp  vadé and spicy, watery chutney, the sign board evokes a certain era that everyone longs for.

Hotel Dwarka was originally started in 1972 on Bull Temple Road. It was in a building that was probably built a few decades earlier. There was a well known (and often ignored) sign that said “ಮೂರನೇ ಬಾರಿ ಚಟ್ನಿ ಕೊಡಲಾಗುವುದಿಲ್ಲ” (“We will not serve you chutney for the third time”) in Kannada. This was used as a deterrent to customers who would ask for repeated servings of chutney. Since the relocation to a newer building about a kilometer away in 2006, there are many who conclude that “It does not feel and taste the same anymore”. Maybe the thread of connection with the past has been severed with the change in atmosphere.

Noted journalist Gauri Lankesh who had her office minutes away from these restaurants once remarked that taking home a dish from Vidyarthi Bhavan is just not the same as eating it there. The atmosphere heightened the expectations and the taste of the dish.

A majority of the repeat customers in these restaurants are from families whose previous generations had patronized them. The tradition is carried forward; at least for the near future. As Begum Kizildemir wrote in her research, “These types of food make us who we are and they pass down to generations; carrying our memories.”

Namma NRIs flock to these restaurants with their faithful mineral water bottles, craving for the authentic taste after a long hiatus. There are many whose first breakfast after landing in the early hours of the night is at one of these places. There are also tourists who read about the ‘World’s Best Masala Dosa’ in TripAdvisor and join the rush to experience it.

Apart from the food, nostalgia and atmospherics, celebrities also play advocates. Vidyarthi Bhavan has numerous photos of famous personalities relishing its signature dish on its walls. CTR is rumored to be a favorite of actor Deepika Padukone, though no one has probably actually spotted her there.

In all these iconic restaurants, people remark that somewhere the standard of food had gone down over the years. But, the fans still remain faithful.  A word of caution for anyone who is tempted to visit these places on a weekend – be prepared to spend more time waiting outside than eating inside.

VB has a waiting register to get your turn to go inside the hallowed premises.  According to one estimate, they serve over 1500 masala dosés on a typical day! At BCB, you need to be as skilled as a tightrope walker to balance a plate of food and wade through the crowd to find a vacant spot to relish it. MLTR actually locks the main doors on Saturday mornings to keep the crowds outside! Quite a contrast to the numerous food joints that roll out the red carpet to attract customers.

We see newer, more brightly lit and classier restaurants all across the city. Many have become popular as well. But how many of them will last years if not decades? Will they be able to replicate the longevity of  VB, BCB or MLTR?

To come full circle, if you want to taste ‘Khaali Dosé’ , MLTR is one of the last few places that still carry it on the menu. So, head out to DVG Road in Basavanagudi and try out the softer, healthier and lighter type of dosé.

Enjoy your plate of nostalgia!