Many historians credit the Lumiere Brothers of France for the invention of motion pictures, even though there is considerable uncertainty about this. This is mainly because there were many others who had built or demonstrated similar inventions around the same time.

In any case, within a couple of decades of 1895, motion pictures became the major source of entertainment. Not only that, the film industry became a much sought after profession and films became the focus of much debate and discussion. Cinema quickly transcended national boundaries and went beyond telling a story.

In a country like India, cinema became a community glue, bringing together families, entire villages, towns and cities together. Ironically at the same time, cinema has also polarized people, evoking strong sentiments and calls for outright bans on many films on the basis of history, culture, religion etc

Like no other human invention, Cinema has become a religion in itself and an inseparable part of our lives. By the 1930s, India made over 100 films a year. In addition, English movies made in America was very popular, despite efforts by the British Government to promote British movies in its place. 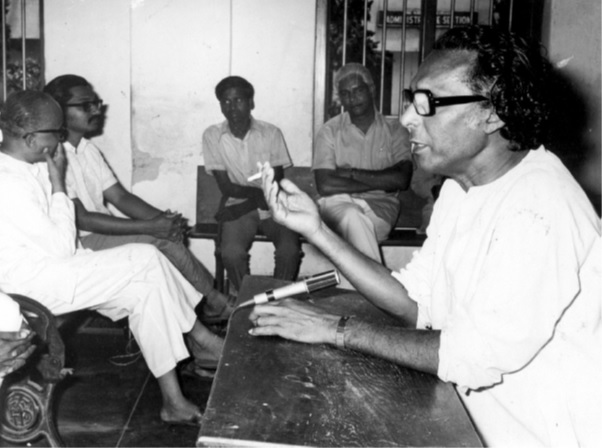 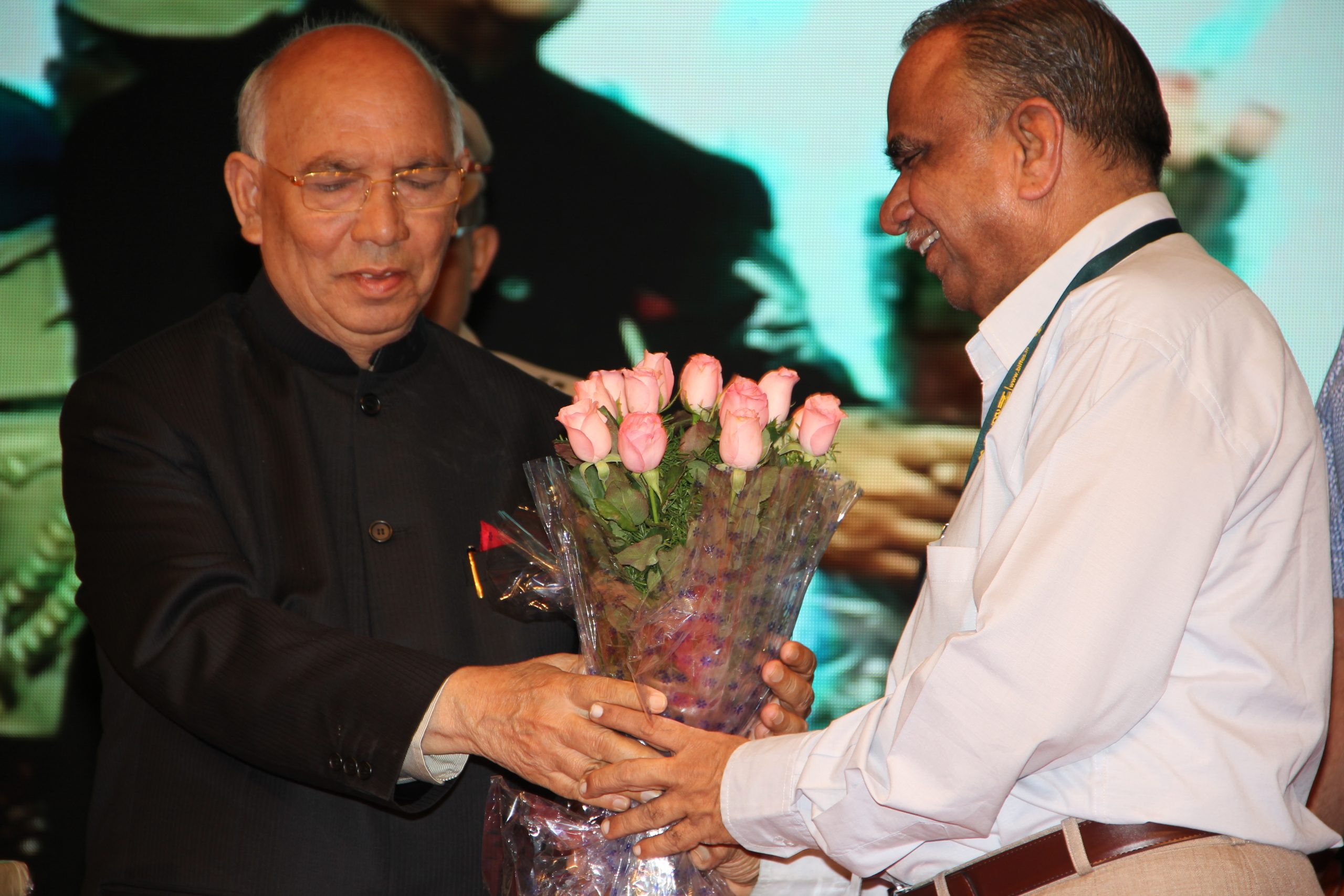 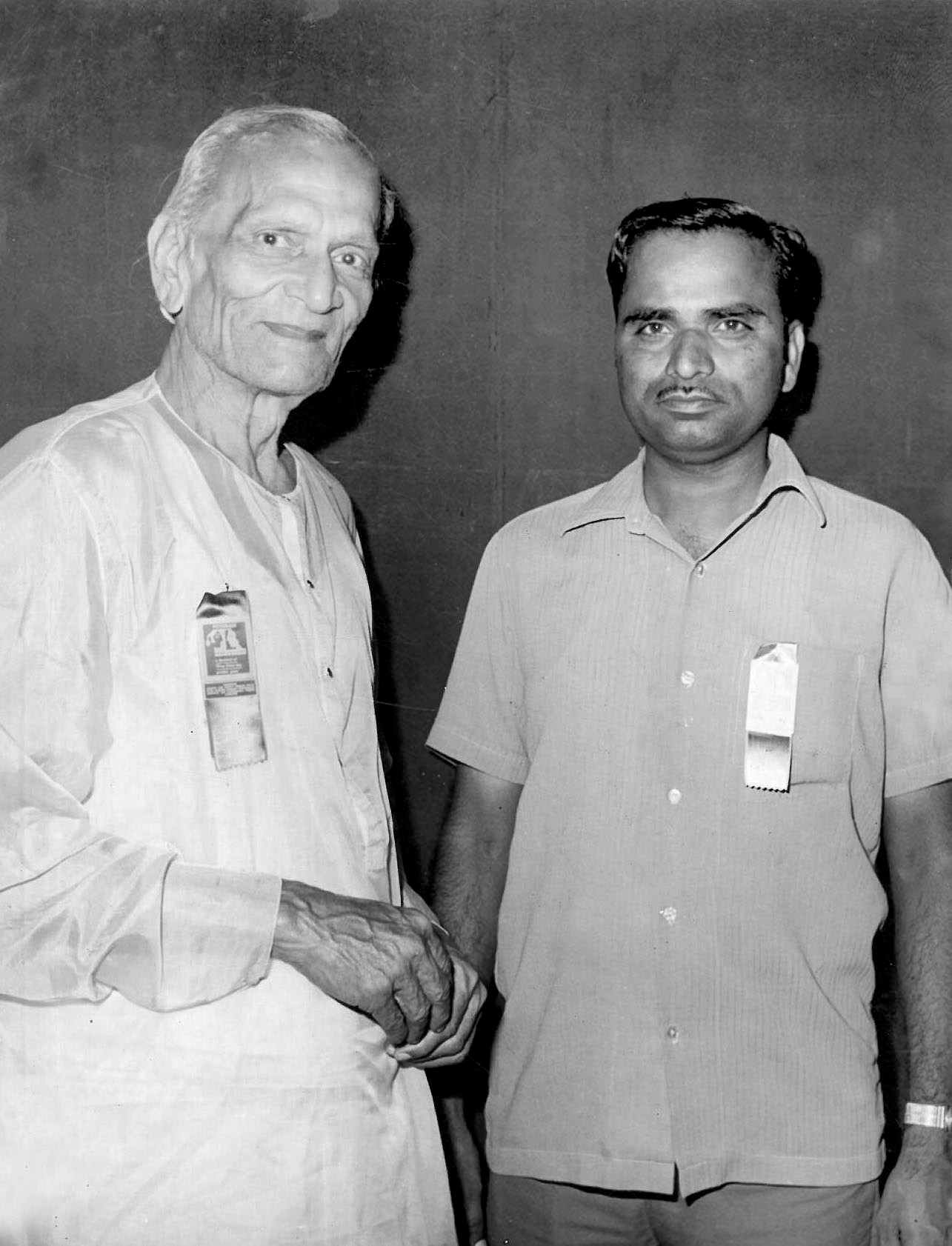 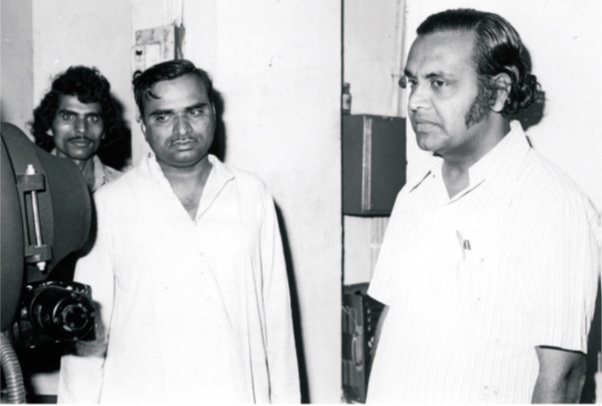 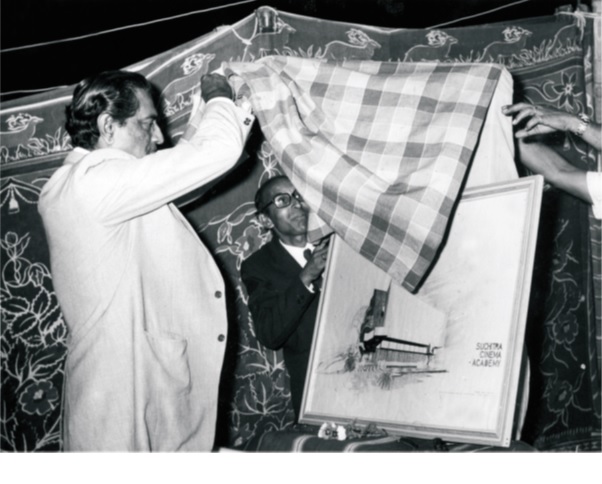 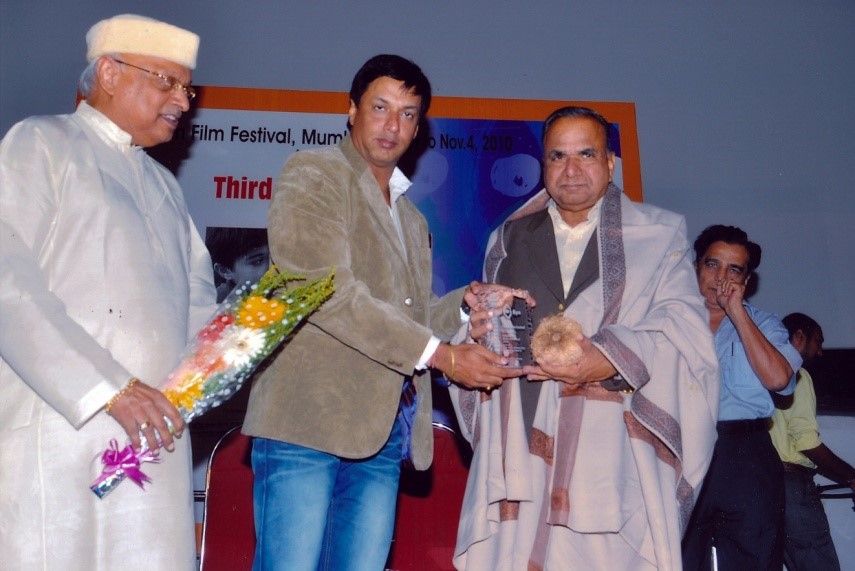 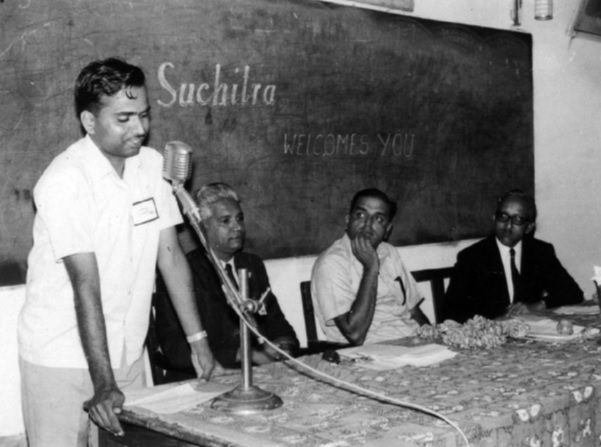 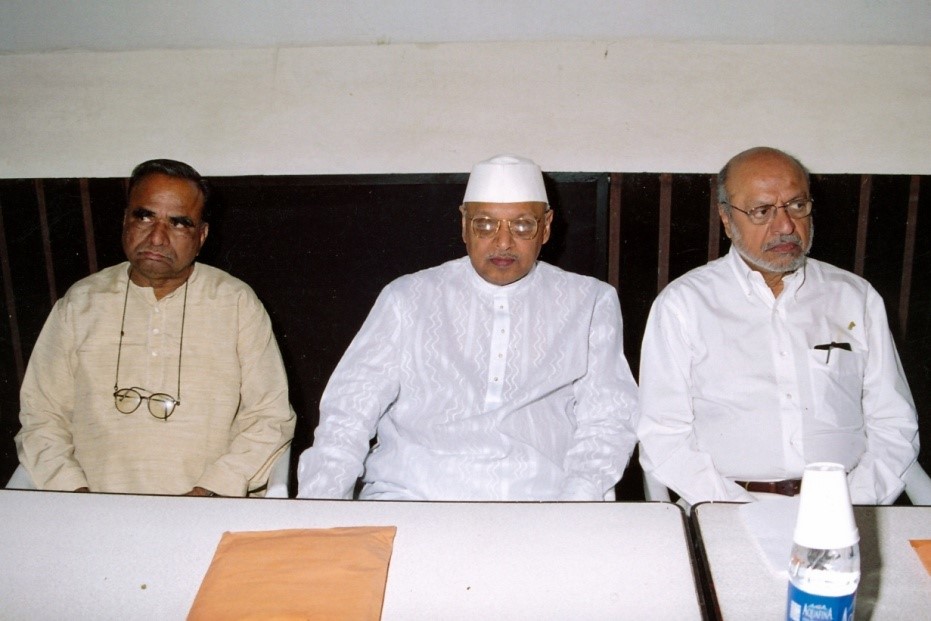 American and British movies were also at the peak of excellence with classics from Alfred Hitchcock, Billy Wilder, William Wyler and David Lean, to name just a few among the many talented filmmakers. Outside of the so called ‘Hollywood’, Ingmar Bergman, Akira Kurosawa, Alain Resnais, Federico Fellini became directors of critical acclaim. While Indian audiences were fortunate enough to see most Hollywood films, the works of others were not so common.

With the rapid increase in the number of films being made across the world, film aficionados started forming groups or clubs to view, discuss and celebrate cinema. Some of the earliest societies were started in France during the 1930s and 1940s. Satyajit Ray is credited with starting one of the first societies in India – The Calcutta Film Society in 1947.  The number of such film societies and clubs exponentially increased over time.

Sometime in May 1970, a group of friends met in Chamarajpet of then Bangalore to discuss starting social and cultural activities. One amongst them HN Narahari Rao suggested forming a drama troupe. But when there was a suggestion of starting a film society, it was immediately accepted by all. However, HN Narahari Rao had no idea about the objectives and activities of a film society. Together with others, they attended screenings of films organized by Mayura Film Society. The group met various other people who had gained experience in the society movement. At the end of all these efforts and labour, in June 1971 the first film society of South Bangalore was born. Various names like Chaya, Suchitra, Darshana, Vikas and Adarsh were considered for the new-born. Suchitra – which translates to “good cinema” won the most votes and was selected.

HN Narahari Rao recounts that his six month old daughter’s name was also Suchitra and many including yours truly thought that one was named after the other. But that was simply a coincidence, much like what happens in our movies!

National College, Basavanagudi was the venue of the formal inauguration of Suchitra in August 1971. The event was led by N. Lakshminarayana, a well known film maker and VN Subba Rao of Indian Express. A 16mm print of V Shantharam’s Dr Kotnis Ki Amar Kahani was screened at the conclusion. Along with attempts to screen more movies, a library of books on cinema and a newsletter was started. .Apart from this, there were unusual initiatives like Public Opinion Polls for the movie Vamsha Vriksha outside the theater. About 5000 cards were printed with ratings and audiences were given pencils to rate the movie as they left the hall after watching it!

Over the next few years, Suchitra managed to organize several film festivals, mainly of award winning or foreign films that were not regularly screened in the country.

Reminiscing about those exciting days, HN Narahari Rao commented that “The objective of starting Suchitra was fulfilled and we were successful in the early years. We gave the public a chance to watch, enjoy and appreciate different international cinema, one that they had no access to see. There was a lot of pent up demand for these movies and we sourced them through embassies, other sources and were able to screen them here.”

However, the growing years of Suchitra was not without hurdles.

“After a couple of years of starting Suchitra we exhausted our funds and renewal of membership was not encouraging. Just at the time when we were very much concerned about our future, we suddenly got an offer from the  National Film Archive Pune for  conducting Ingmar Bergman film festival of four films  in Bengaluru in 1973. This festival was open to public and it was a thundering success and fetched us a substantial fund. Bengaluru had never experienced such a festival of foreign films of that nature earlier. Suchitra became a house hold name and we had more than 500 persons in the waiting list after this event. This festival also had a great impact on the culture of film appreciation of great classics. This was the turning point in our history and Suchitra never looked back after this.” remembers HN Narahari Rao.

In 1977, Suchitra organized “Nostalgia” which was essentially a festival of films from the golden past of Indian cinema. “The objective was to give the older generation another opportunity to enjoy movies of their youth and expose the younger generation to classics of yesteryears”, says HN Narahari Rao. Stars were driven in vintage cars to Ravindra Kalakshetra, the venue of the festival on the inauguration day. Luminaries like Mrinal Sen, Nargis, Devika Rani and B Jayamma graced the event. Over 60 films in many languages were screened over two weeks. The event was a huge success and one that made Suchitra well known to people.

Following this in 1979, the land where the society is located today was allotted by the Government of Karnataka. In January 1980, the construction activities were ‘unveiled’ by Satyajit Ray, the pioneer of film society movement in India. BN Narayan (or Nani) suggested ‘Donate a Brick’ for raising funds. This was decades before crowdsourcing became a buzzword!  The drive was quite successful and a good sum of money was collected. Stalwarts like Hrishikesh Mukherji gave valuable suggestions and eventually the construction was completed.

Today, films are no longer a community or family event it used to be, as we are moving from the days of 70 mm theatre screen to 7 inch mobile screen. HN Narahari Rao feels that “Advent of Digital Technology has definitely impacted societies like Suchitra. Community screening of movies has come down. People are also busier nowadays. Earlier most people were employed in the public sector which had well defined working hours. Now most of the intellectual class are working in the private sector and don’t find the time to come. They prefer to watch movies in digital format. All films are available online at sites like Amazon – just weeks or months after the release. So, people coming to places like Suchitra have reduced”.

But he is still proud of the fact that “Suchitra is still active and in its 48th year and will soon be celebrating its Golden Jubilee”.

Even the type of cinema being made is a factor in changing times.

“I don’t see the same enthusiasm nowadays. Earlier people did not have access to international cinema except for Hollywood movies, for example European films. One could get to watch Polish or Hungarian films only through film societies. Now many of these are available on Criterion Collection or Sony Platinum Classics. There are only a handful of film societies like Suchitra have survived for nearly 50 years. Even the type of films being made have changed. Filmmakers like Mrinal Sen and Satyajit Ray are not with us. Girish Kasaravalli or Adoor Gopalakrishnan or not making many movies. Film makers cannot afford to lose money by making commercially unviable films .  After the advent of digital technology,all aspects of films – from making, screening and appreciation have changed. Ingmar Bergman, Rosellini, Ray, Kurosowa made films that focused on human values but it is hard to expect such films from today’s filmmakers. The trend has changed and people want something to happen on the screen all the time.” says HN Narahari Rao.

Talking of his own involvement in Suchitra and the films in general, HN Narahari Rao says “I spent over 35 years to build Suchitra and all my time was devoted to the organization’s activities. I have now stopped being involved in the administration of the society, but I  am still involved in Suchitra whenever there are important events or when I am invited to deliver talks.”

But he is still tied to films, whether it is delivering a talk on Puttanna Kanagal’s movies or writing books or researching about the music of SD Burman. His ocean of knowledge and experience is an invaluable guide for any student of cinema.

As we concluded our interaction, one could feel his happiness and satisfaction – of having fulfilled his dream of celebrating cinema.

Main Image: Suchitra Cinema and Cultural Academy and the 35 mm arc projector that was used to screen films at the auditorium. These were sourced from two movie theaters to be demolished in Bengaluru and Chikkaballapura.